For black history month we’re bringing attention to symbols of the community from our local neighbourhoods.

Underneath the ground floor windows of the old Tottenham Town Hall, close to the Bernie Grant Arts Centre is a small memorial to Cynthia Jarrett who died on 5th October 1985. Cynthia Jarrett’s son Floyd was arrested whilst driving in in North London for having an out of date tax disc. Wrongly believing he’d stolen the car, police obtained authority to search his address. At home watching TV with her daughter when the police arrived, Cynthia became extremely distressed during the search and suffered a massive fatal heart attack. After a peaceful march by members of the community to Tottenham Police Station to demand justice on 6th October, rioting broke out on the Broadwater Farm Estate. PC Keith Blakelock was violently attacked and killed during the rioting which led to a determined police investigation to find the culprit. Juveniles were targeted, often given no access to solicitors or their families, names were extracted under interrogation and ultimately led to the wrongful convictions of the “Tottenham 3” aged 14, 15 and 13 years old. These were finally overturned three years later in 1990 following the actions of the Broadwater Defence Campaign and local MP Bernie Grant who worked tirelessly to overcome the miscarriage of justice. 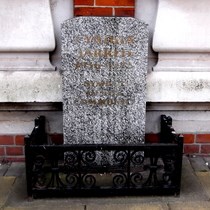 Keep in touch on our social media pages, for an insight into #lifeofise.